I painted a crystal castle gate: 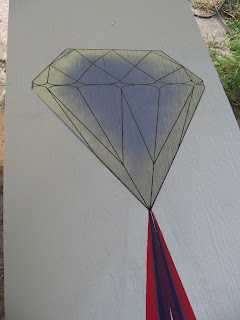 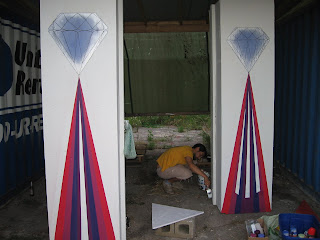 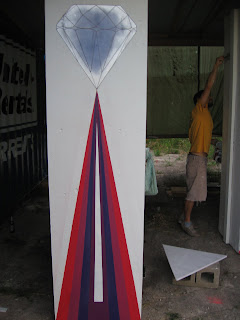 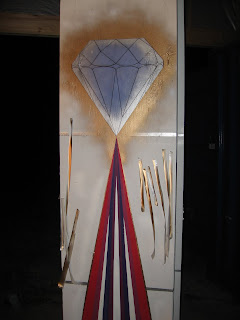 I loves me some metallic spray paint 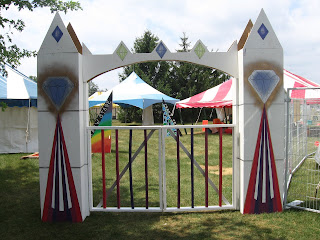 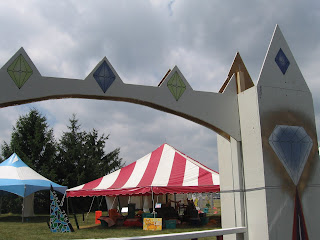 "Trust can never be a fortress," she said, "a safe against life. Trusting is dangerous. But without trust there is no hope for love, and love is all we ever have to hold against the dark."

I was just adding some older pieces to my paint page, and it made me want to recap their background story:
I found this photo in a small album I received after my Nonno passed away a few years ago. When I decided to work from this photo, I knew I needed to know more about it. I didn't recognize the man in the middle at all, but the man on the right vaguely reminded me of my younger cousin, Vince.

I asked my mother about the photo and wanted to post a transcript of the email she sent me here.


“Oh my God! Where did you get that photo? If you look closely at the gentleman on the right, you might see a bit of Vickie’s son Vincent in there. That is my zio Vicenzo (my mother’s uncle, and my cousin Vincent’s  nonno), and the man in the middle was Nonna’s (my grandmother, Angela) uncle, Mike, who sponsored my papa to come to Canada in 1949. Nonno came to Canada first, worked for about two years and saved enough money to bring over Nonna and your uncle Sal (my mother’s brother, oldest of 5 kids). Weeks after Sal was born, Nonno had sailed for Canada, and it wasn’t until his first born was almost two years old that he saw him again.
My uncle Vince worked in an iron foundry – heavy, dirty, work- all his years in Canada until he retired. The factory was right in the heart of The Ward (a large neighbourhood in Guelph comprised of post-war immigrant homes, extremely Italian) and was shut down about fifteen years ago. It was responsible for polluting a lot of the land in the surrounding area; yeah, the land that the immigrants grew their gardens in. Months after retirement, Zio complained of illness, but the doctors could detect nothing and for two years, EVERYONE said it was in his head. Finally they discovered he had bone cancer throughout his whole body. He died very painfully a year after the diagnosis. It was generally accepted that it was the conditions of his work place that brought the cancer on. Zio Vincenzo was the kindest, big-hearted man I’ve ever known. You can ask Steve (my father) about him; Steve absolutely loved Zio Vincenzo and was quite devastated by his death.
I vaguely remember Zio Mike from my childhood and I believe he died when I was about eight years old. I do recall that I was always a little afraid of him but was not sure why.In the 40’s, he had to go back to San Giorgio because of some problems here. I don't know much more, Nonna could fill you in on the details.” 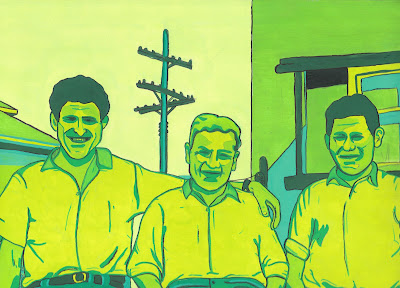 Posted by boatsngravy at 9:08 PM


Cleaning out a million boxes of childhood books from my basement, I found some real gems. Some junk, but from junk comes gems:

Salvaged these kick-ass transparencies from "The See Through History of ANCIENT EGYPT" (!!). Definitely getting used for something soon, hopefully in conjunction with my new ghetto fab screen printing t-shirt press (I'll post some pictures of that beauty soon. Also built fully from basement material, didn't cost a  dime!). 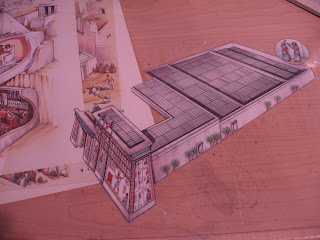 The Temple of Khons. Who knew? 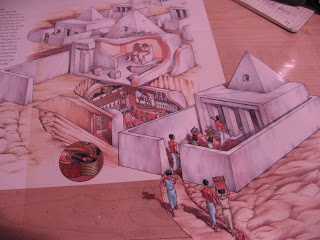 BURIAL TOMB!
(the tomb of Sennedjem, to be exact) 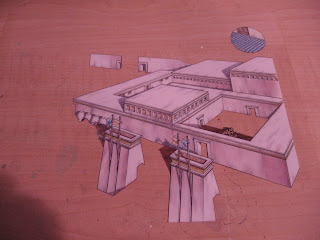 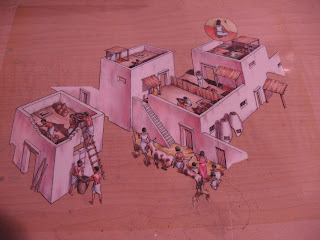 Village Houses: "As children grew up and married, they subdivided their parents' house..." HAH.
Posted by boatsngravy at 9:13 PM

Tell me you didn't love these back in the day (I dare you):
"The four styrofoam aiplanes in this assortment are modeled after four legendary United States military airplanes. These planes are - S-3A Viking, C-130E Hercules, Lockheed C-130E Hercules, and the LTV Aerospace A-7" 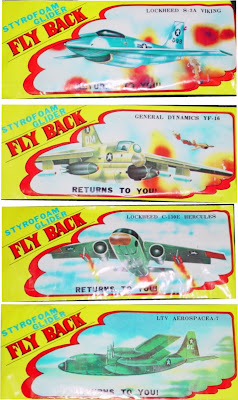 Part of the inspiration for the "stealthjets" image from my Glory Days triptych were the shadows cast by a Styrofoam glider like these.
Posted by boatsngravy at 10:55 PM